“Like the term ‘hypnosis,’ the word ‘consciousness’ is a social construct. It is defined and described differently by various groups and writers.” — Stanley Krippner, PhD 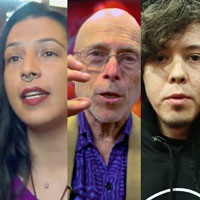 Discover a growing community of people who are reaching out to the world, sharing their own stories of extraordinary experiences.

A goal of our project is to facilitate the building of a healing community in which men and women who’ve had extraordinary experiences can share their stories with one another, and with our team of experts, leading experts in the field, who are trying to help them — and all of us — to better understand and learn from these experiences.

Throughout history, people have had these experiences, regardless of their age, gender, religion, culture, or socio-economic class—globally.

Many ordinary people have extraordinary experiences. Some people report having them and simply consider them part of who they are. Many others, however, are motivated to change their behavior.  A significant number become frightened and disturbed by these experiences and fear that they are losing their minds.

For hundreds of years, religious institutions and medical ideas have led to too large a number of people who have had these experiences being afraid to discuss them with their families, religious leaders, even medical professionals for fear that they would be seen as “crazy.”

Despite the scientific evidence that supports the validity of anomalous experiences, many mainstream psychologists and psychiatrists are, unfortunately, among the highly skeptical, so when confused or even terrified experiencers turn to them for help, they are often poorly received. Clinicians, who are both unreceptive and ill-equipped to help (as many are, due to a lack of knowledge on the topic), may erroneously diagnose them as mentally ill.

While it may be true that some people who report having anomalous experiences may be mentally ill, many aren’t. For example, during a routine medical examination, a young Native American woman told a Western physician that she was hearing voices: plants and animals were communicating with her. The doctor deemed her to be mentally ill, medicated her, and locked her up in a psych ward. Fortunately for her, the spirits instructed her of what to do to get out. She accepted their guidance and was released. If she were to tell the people among her tribe of plants and animals communicating with her, it would not be problematic: human, plant, and animal spirit communication is totally accepted within her culture. In fact, depending on her account of the experience, she might even be revered as a shaman among her tribe. The Western doctor providing treatment was totally unaware of Native American culture and spiritual practice.[/expand]

“When the evidence for an anomaly becomes overwhelming, and the anomaly cannot be easily accommodated by the existing scientific worldview, this is a very important sign that either our assumptions about reality are wrong or our assumptions about how we come to understand things are wrong.”
― Dean Radin, PhD
“The Conscious Universe: The Scientific Truth of Psychic Phenomena”

In all of our projects, our team of experts will weigh-in with information, insights, and explanations on the nature of the experiences, what can be learned from them, and when and where to seek professional help. In addition, they’ll provide guidance for mental health care professionals, enabling them to both better understand and care for people who turn to them after having anomalous experiences.

Included in our team of experts are: Stanley Krippner, PhD, a highly esteemed parapsychologist, psychology professor, published author, and former president of two divisions of the American Psychology Association; Dean Radin, PhD, best-selling author, chief scientist at the Institute of Noetic Sciences, and president of the Parapsychological Association; David Lukoff, PhD, licensed psychologist and professor of psychology, co-author of the DSM-4 and DSM-5 section on religious and spiritual problems; and many more luminaries in parapsychology and related fields.

We are currently seeking funding for the “Dancing with the Trickster — the Consciousness Revolution” multi-media projects. To support the projects, please click on the link below. For further information, please Email us at: [email protected]

Discover a growing community of people who are reaching out to the world, sharing their own stories of extraordinary experiences.

In our video learning center, you will find interviews and videos of top researchers in the psychology field. 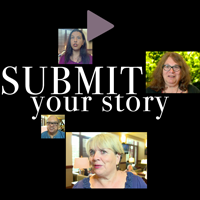 Once live, you will use our online form to submit your anomalous experience!
COMING SOON!