Below are questions our users have posed with responses by experts or significant luminaries in our area of study.

Why is this project important?
What’s a stake here?

Because we desperately need a new concept of what a human being is if we are to learn how to stop killing each other and poisoning our only planet. The old reductionist worldview has not enabled us to do this. The emerging worldview is of an increased sense not only of sentience, but of interconnectedness.
— Leslie Combs, PhD

The way we organize society literally rests, in many ways, on our understanding of consciousness, and the prevailing paradigms are limiting the culture’s progress. It is that simple and that profound.
— clinical psychologist and author David Feinstein, PhD

I’ve found consciousness to be the most interesting because it raises a baffling problem: how does the three- pound lump of neural tissue inside my head give rise to the awareness that I call me? This “mind-body problem” has been hotly debated by philosophers for thousands of years, and it remains one of the foremost unsolved puzzles in science today. What is consciousness, where does it come from, and what’s its purpose? No one knows.
—  from Dean Radin’s Real Magic

What is the “reductionist” view of consciousness?

Nobel laureate Francis Crick (1916–2004) couldn’t have put it better, when he famously quipped that the mind—the self-aware, subjective aspect of the brain—is “nothing but a pack of neurons.” Crick asserted that all mental activity, all of “your joys and your sorrows, your memories and your ambitions, your sense of identity and free will, are in fact no more than the behavior of a vast assembly of nerve cells and their associated molecules.
— somewhat adapted from Radin’s Real Magic

So why do we do it? Why do we spend our time studying these most elusive phenomena? The usual professional rewards rarely seem to come our way. Instead of fame, fortune, promotions, awards, and honorary degrees, we usually find ourselves involved in controversy, debts, job insecurity, and the admonition that we are wasting our time.
— Stanley Krippner, PhD

Has the mainstream thinking about anomalous experiences changed?

Twenty years ago, only lunatics who were on the fringe of scientific inquiry would even begin to argue that quantum physics, for example, or events at the quantum level, have any relationship whatsoever to consciousness or have any influence on the brain whatsoever. Now we’re seeing a sea-change in thinking about consciousness. Now the reductionist paradigm is collapsing.
— Leslie Combs, PhD

Are we headed towards a paradigm shift?

…scientific revolutions are inaugurated by a growing sense, again often restricted to a narrow subdivision of the scientific community, that an existing paradigm has ceased to function adequately in the exploration of an aspect of nature to which that paradigm itself had previously led the way. In both political and scientific development, the sense of malfunction that can lead to crisis is a prerequisite to revolution.
— Thomas Kuhn, The Structure of Scientific Revolutions, 1996; pg 92

How do I donate to the cause?

We have made it simple, and based on our affiliation with a non-profit, it’s a tax write-off! Support the Project – Click Here 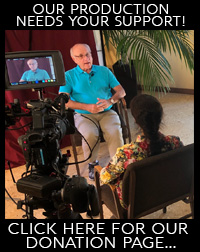